Ciné is an extraordinary treasure that is unique to downtown Athens. The restored historic venue houses two cinemas, a full bar, and a versatile event space, and is the only independently operated, mission driven, non-profit, community-based art house movie theatre in the region.

By providing film and arts that inspire, educate, and build community, Ciné enriches the quality of life in Athens, offering the opportunity to share in the vitality of a unique community movie-going experience. Ciné plays a key role in the cultural landscape of downtown Athens, bringing people together to enjoy both the art of good cinema and the refreshment of a good drink. Ciné feeds the heart and mind by reliably providing thoughtful, challenging, inspirational, educational, and thought-provoking works to a loving community.

As a 501(c)3 non-profit organization—under the stewardship of THE ATHENS FILM ARTS INSTITUTE (AFAI), an all-volunteer Athens-based Board of Directors—Ciné reflects and celebrates the complex tapestry of the community we serve. AFAI ensures that Ciné can continue its unique and vital role in Athens’ cultural life, helping to make our town a better place to live, work, visit, and do business. 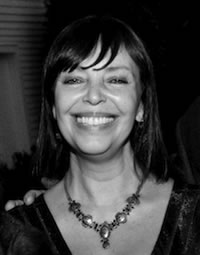 Pamela KohnExecutive DirectorPamela has been involved in the marketing of motion pictures at film festivals around the world, including Cannes, Toronto, and the American Film Market. As a producer, Kohn has worked on a number of films including Somebodies, which premiered at Sundance as an "official selection" film in the narrative feature competition. Somebodies won the Special "Grand Jury" prize for Screenwriting at the Sarasota Film Festival and garnered critical recognition at Roger Ebert's film festival and was subsequently bought by Black Entertainment Television (Viacom). Somebodies was then developed into a television series, based on the movie and was picked up by BET. Kohn produced Rain, which was picked up by Showtime and Showtime on Demand and subsequently picked up by Image for DVD release in the US. Rain is the first indigenous Bahamian feature film of its kind to be filmed in country. The film premiered at the Toronto Film Festival, screened at and won the "Audience Choice Award" at the Bahamas International Film Festival. Screened at the Pan African Film Festival and won "Best Director-First Feature. Additional Awards: Special Mention, New Visions Competition - Palm Springs International Film Festival – Graine Cinephage Award - Creteil International Women's Film Festival, France, Best Teen Movie Award - Women's International Film Festival Seoul Korea, Runner Up for the Audience Award Bermuda International Film Festival, Bermuda, Runner Up for the Audience Award Women's Film Festival Brattleboro Vermont. She also produced Bottleworld, a feature film starring Maya and Scott Wilson, which has now entered the festival circuit, debuting in Philadelphia and going onto screen in Ireland. More recently Kohn produced the feature length documentary The Wizard of Odd. Kohn has also been the Co-Founder, Festival Director, and Producer of Robert Osborne's Classic Film Festival, and worked as a Director of Development and Fundraiser for the University of Georgia for over 10 years. Besides working at Ciné as ED, Kohn has a number of film and television projects in varying stages of development as Writer, Producer, and Executive Producer.

During her years as an adult, Vicki worked as a medical/psychiatric social worker, special education teacher and stay-at-home mom for 16 years with her four children. She returned to the work force with Borders Books for over ten years in educational/corporate book sales and also organized and managed all author/music events at the store. Vicki has worked with Cine for over 5 years in membership sales and event coordination. She also works part time with her husband, Hank, in their property management business, Joiner and Associates.